NC Woman to Marry a year after Paralyzing Accident 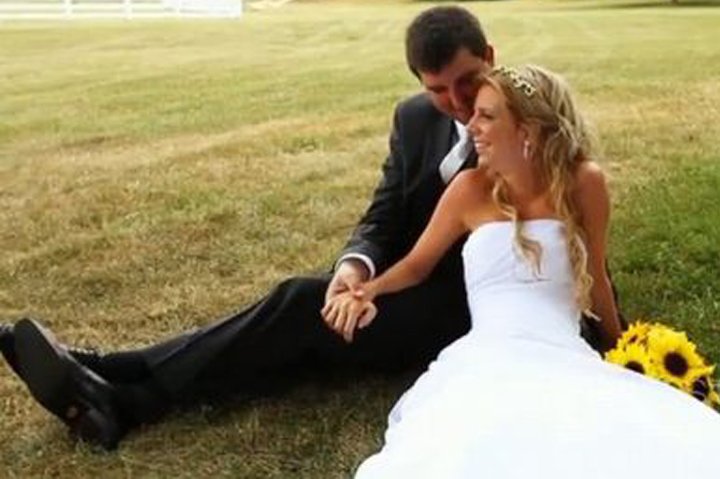 A year after she was paralyzed in poolside horseplay at her bachelorette party, Rachelle Friedman knows one thing she would change about her life before the injury.

“I wish we had danced together more because I love dancing so much, and we didn’t do it enough,” she says of her soon-to-be husband. “Looking back, I would have done it every night.”

Friedman will finally make it down the aisle on Friday, marrying the man who has waited with her to exchange vows since the accident. She is wearing the same gown she chose for the first ceremony but with her father pushing her wheelchair down the aisle instead of walking her down it, arm in arm.

Also joining her will be the bridesmaid who shoved her into the shallow end of a pool on May 23, 2010 — causing a freak accident that changed their lives. The 25-year-old from Knightdale has stuck with her friend and refused to reveal her identity even as newspapers, television and Internet sites carried the story around the world.

Friedman was celebrating with her girlfriends in Virginia Beach, Va., about a month before she was supposed to be married last year when she was injured. After being pushed into the pool, she awkwardly hit the cement bottom. She knew immediately something was wrong.

“I instantly just stopped moving,” Friedman says. She floated to the top, face up. Her friends were already in the water to help. This isn’t a joke, she told them. Call 911.

The horseplay was no different from the way her friends had goofed around many times. Friedman could have just as easily pushed her friend in the water, she says. She refuses to even call the act a prank because that would imply some devious intent.

“People look at it like this is something that happened to me, but it happened to both of us,” Friedman said of her friend.

Friedman is moving on with her life, learning how to play wheelchair rugby and using her knuckles instead of her fingers for tasks such as texting and responding to email.

Neither she nor her fiance, Chris Chapman, ever considered deserting the other. They’d been together for almost five years when the accident happened.

“You have to know me and Chris to understand,” Friedman says.

The two will exchange vows in a ceremony at The Fearrington House in Pittsboro, with a reception in the village barn. Her favorite flowers, sunflowers, will take center stage. Wedding planning company 1-800-REGISTRY is paying for their ceremony and the honeymoon in Fiji.

“I’ll be happy and relieved to see her coming down the aisle,” Chapman says. “It’s something we’ve been working on for quite a while.”

The two grew up in Virginia Beach, but didn’t meet until they were both students at East Carolina University in Greenville, becoming close friends while each dated other people. Once they started dating, he fell in love with her energy and personality.

“She was always positive, always upbeat, always ready to do something,” he says. Now, he worries about keeping her active. He’s learning to referee at wheelchair rugby, and she’s trying to get a hand cycle so they can bicycle together. She also wants to learn wheelchair tennis.

“We’re hoping to keep her active,” he says. “And I’ll go along and try to participate as much as I can.”

Before she was injured, Friedman was a program coordinator at a senior activity center in Raleigh, where she planned parties and taught line dancing and light weightlifting. While the job didn’t pay a lot, she felt blessed to be employed right out of college, to own a home with the man of her dreams and to be planning their wedding.

A typical day now is “kind of boring,” she says. She often visits the senior center where she used to work and does whatever exercises she can at home. She has finished a round of rehab, but will get more advanced treatment in September, courtesy of a foundation called Walking with Anthony.

The foundation, based in Beverly Hills, Calif., will pay for Friedman and her mother to attend a three-week session at Project Walk in California. Founder Micki Purcell, whose son, Anthony, suffered a similar injury after diving in the ocean, says Friedman will get time to recover from that intensive treatment before the foundation pays for another session.

“It costs a lot of money to get out of a wheelchair,” Purcell said Monday, adding that she believes Friedman is a perfect candidate to walk again.

An easier goal awaits Friedman after the wedding. The Beatles fan wants a tattoo of the peace sign drawn on the back of her neck, at the center, marking her injury. Underneath will be inked, “Let It Be.”

“It symbolizes that I’m at peace with it,” she says.