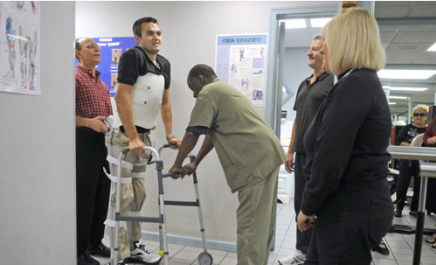 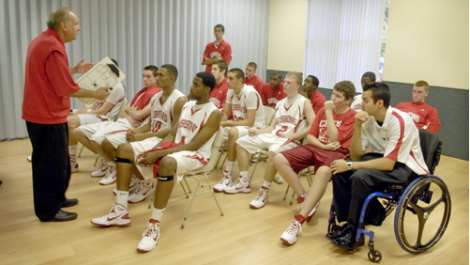 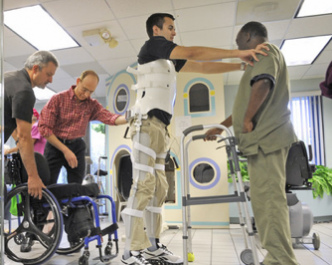 “Welcome to Project Walk Orlando, Nick! Walking With Anthony is sponsoring him to come for the month of May… Also, Happy 1st Life Day!! You are now officially apart of the PWO family smile emoticon.” Project Walk Orlando Facebook Page – Monday, May 4, 2015

Nick Williams was a popular volleyball player at Cardinal Gibbons High School. Like most young athletes, he dreamed of leading his team to a state title and playing in college. As he prepares to graduate from Florida Atlantic State University, it is clear destiny had a different story. Ironically, Nick is beginning his month of recovery exactly seven years to the day of his nearly fatal, single-car accident in Ft. Lauderdale, Florida. May 4, 2008 was the date Nick’s car veered on to a median strip and struck a tree while driving the short distance from his father’s house to his mother’s. After spending days in a coma, Williams woke up paralyzed with brain and spinal cord injuries, leaving the hospital three months later.

Contradicting the doctors who said he would never walk again, pure determination and “hard work” enabled Nick to use leg braces in physical therapy to take his first steps in 2011. However, he found them cumbersome and resorted to his wheelchair. As fate would have it, Nick found a competitive use for his wheelchair; he became quite good at wheelchair tennis.

Four years have passed and technology is making cumbersome braces lighter weight and more wearable. Insurance still only covers the basics and Nick is beginning to take the next “step” in his recovery. That’s where your donations and the Walking With Anthony foundation come in. A month of intense rehabilitation at Project Walk Orlando can work what appear to be miracles for those who are willing to put forth the extra effort.

That would be Nick Williams. Williams continues to turn his life into a positive story. The Big “W” (walking) is at the forefront of his goals, that along with his career as a motivational speaker, marriage to his lovely fiancé, Emily Netter, and fatherhood.  Good luck Nick!! Godspeed!!

If you would like to help support Nick’s continuing recovery and others like him, please donate below.  Thank you for joining Walking With Anthony’s mission is to forever change the recovery outcome of spinal cord injury, currently perceived as unchangeable.